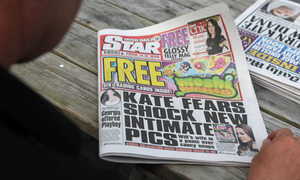 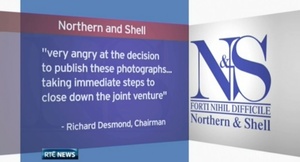 Publisher Richard Desmond says he will cut ties with the Irish Daily Star after it printed topless photographs of the Duchess of Cambridge. The newspaper – joint-published by Mr Desmond’s Northern and Shell group – printed several photographs of the Duchess sunbathing while on holiday.
The pictures appeared on pages six and seven of Saturday’s edition.
Daily Star Sunday editor Gareth Morgan told Sky News: “We’re absolutely horrified here in the office, and as a company. This has no merit as an editorial decision, it has no merit morally, it’s frankly a horrible decision.”

Desmond is convinced he has the power to shut down the whole operation, given that he owns the British title. Insiders believe he has already instructed lawyers to begin the necessary legal action to terminate publication. Its website remained down on Saturday evening. Desmond’s company, Northern & Shell, co-owns the Irish Daily Star with the Dublin-based Independent News & Media (INM).

A spokesperson for Independent News and Media, the co-owner of the Irish Daily Star, has said “it was regrettable and in poor taste”, that the newspaper published the pictures.He said that “Independent News and Media had no prior knowledge of the decision to publish” the pictures.
Irish Daily star editor Michael O’ Kane defended the publication.
“I did this as a service to our readers, I’m a little taken aback by the reaction in the UK,” Mr O’Kane told the BBC earlier today.
“It only seems to be an issue in the UK because she is your future queen. But from our point of view in Ireland, Kate Middleton is just another of the fantastic line of celebrities.” 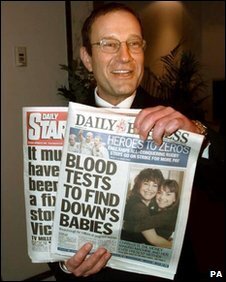