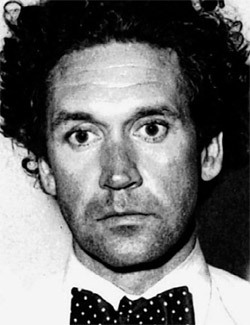 The following is from Malcolm McArthur’s statement taken at Dun Laoghaire Garda station on August 14, 1982, following his arrest at the home of the then Attorney General Patrick Connolly (from Garda files via Sunday World). McArthur had returned to Ireland from Tenerife on July 8.

“I affirm that I am responsible for the deaths of Miss Brigid Gargan and Mr Donald Dunne.I would first like to tell you about the Miss Gargan incident in the Phoenix Park on July 22 this year.

A little while before that day – it may have been a week – I bought a heavy builder’s hammer in Lenihans of Capel Street. It was a female who served me and she was in her early twenties. The reason why I bought this all goes back to money. For the past two years my finances have been diminishing. This was something that I could not cope with.

…I wanted this hammer to injure somebody, to get a car, to travel down the country to get a gun because I had no transport. In turn I had planned ahead to stick somebody up and the object was to get money. I had been reading in the newspapers about all the robberies and this seemed a way out of my obsessive financial situation.

Part of that plan also involved a shovel because my attitude was that I wanted this venture to succeed and if by chance I did kill anybody in this venture I would use the shovel to dispose of the body.

At first I want to mention an imitation firearm which I made for myself out of a pistol crossbow which I purchased at Garnet & Reegan in Parliament Street. This thing cost me twenty-two or twenty-three pounds. I did not have much faith in this weapon so I cut part of the barrel off to make it look more like a pistol and I built up the top of the barrel with plastic car filters. I sanded it down to put a fine finish on it and I painted it black….around this time I started to grow a beard and I purchased a fisherman’s hat with an orange or brown feather on the side.

…I walked up the Quays to the Phoenix Park. I entered the park through the Conyingham Road entrance at approximately 4pm on that evening.

Before I entered the park I bought an orange in a small sweet shop on the Quays. When I entered the park I put down my luggage and peeled my orange between the Wellington Monument and the Main Road. I stayed there for a couple of minutes. From there I walked along by the cricket grounds. I walked along the joggers’ track carrying the items which included the holdall bag. I carried the shovel wrapped in plastic in the other hand.

…I was walking towards Castleknock. I did cross a road in front of the American Ambassador’s residence. As I walked along the row of trees, I saw somebody lying in the long grass to the left of the trees and I saw a car parked beside the person and I think the driver’s door was open.

The car was silver in colour and facing out towards the Main Road. I walked past the car and I decided to make an approach. I did not know at this stage whether it was a man or a woman who was lying beside it. I then put my shovel on the ground beside a tree as I approached this vehicle.” In his right hand, MacArthur said he had his imitation gun and carried his holdall in his left.

When I came within a few feet I saw that it was a lady who was sunbathing topless. I pointed the gun at her and told her to get into the car. She was very calm and she said, ‘Is this for real?’. I said, ‘Yes, it is’. She then calmy asked to put on her clothes and I said
yes. She put on a blousy top and she did not appear to have any bra on. She then got in to the back seat of the car.

…I assured her that I only wanted her car and I told her to lie on the back seat and that I would tie her up. She then began to panic and I panicked because she would not lie on the seat and I was afraid that she was going to draw attention to us, so I took out the hammer from the bag and I hit her a couple of times because the first blow did not do what I expected it to do. There was blood all over her and some on the window and more on the seats.

I then got the feeling that I should leave the car and run away. I took a left turn in to a narrow laneway and I abandoned the car there. I ran back out the same way and left along South Circular Road. As I ran, I noticed some blood on the front of my jumper so I took it off along with the hat.

“We got out of the car and Mr Dunne took the gun from the boot. It was in a case. He told me that he didn’t really have to sell the gun but that if he got what he paid for it that he would sell it. He told me it cost him eleven hundred pounds but that he would not sell it at a loss. I wanted a gun badly but I did not want to buy it or I could not buy it.

“Mr Dunne put two cartridges into the gun and I shot at a target which was a white post…I was trying to think of a way of getting this gun without paying for it and I was playing for time. Mr Dunne then got a bit angry and reached out and put his hand on some part of the gun to take it. I pulled back and pulled the trigger and I shot him in the head. He fell down. I ran towards Mr Dunne’s silver car and I
left the gun beside it.”

“I thought he would have money.  pretended that I wanted to take some photographs from his window but instead I produced this gun and I pointed it at him and I demanded one thousand pounds but he told met that he did not have that kind of money…in my attempt to obtain money he made good his escape by running out the front door. I don’t know whether I would have shot him or not.

After Harry Bieling had run away from his house I ran over to Killiney Hill. After that I called to another house on the same road and a woman opened the door. She told me her phone was out of order. I then left and a car came along with some people in it who were going fishing and they gave me a lift to Dalkey. I then went to a friend of mine [Paddy Connolly, then Attorney general] in Pilot View and I have been living there since then.”