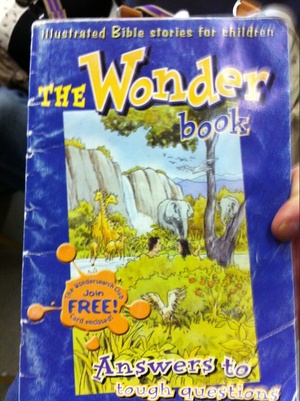 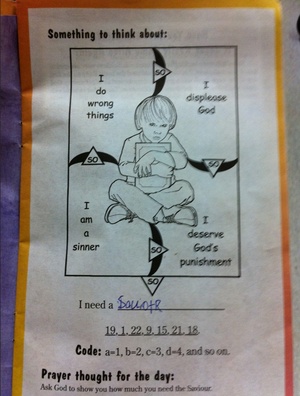 Last week, we met up with some friends who were visiting Cork and took ourselves and the kids to the West Cork Model Railway Village in Clonakilty.

Unsurprisingly it started to lash rain soon after we arrived and we ended up in their indoor playroom. There were a load of books there for the children to read and I came across this charming volume and was genuinely taken aback by what it contained.

Sure, it had the usual bible stories but I was disgusted by the “I deserve God’s punishment” piece. I’m not an expert on child abuse but telling a child that they deserve Gods punishment sounds like something a predatory abuser would say to ensure their victim remains silent.

I wonder does the Child Evangelism Fellowship have a position on the upcoming Childrens referendum?

Anyway, just wanted to share my sadness at such brainwashing of little kids.

And The Lesson Today Is…

What The Kids Did