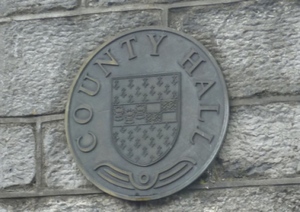 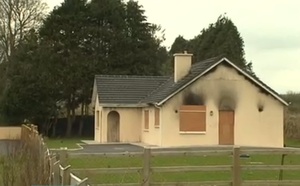 On March 30, a Traveller family moved their possessions into a three-bedroom home in a Kilkenny County Council-purchased home in Dunkitt, Kilmacow (above).

The house was targeted by arsonists early on March 31, with most of the family’s belongings destroyed.
Irish Examiner columnist Michael Clifford compared the attack to the burning down of homes belong to black people in the Fifties and Sixties, in America.

“The reaction to the burning out of a family in Kilkenny has been as muted as similar acts once were in the bigoted Deep South. Last Tuesday, RTÉ’s Morning Ireland broadcast an item on the arson attack. The presenter Cathal MacCoille said the show was unable to get any local public representatives to come on. This was despite the fact at least two councillors had made representations to Kilkenny County Council to reverse the decision to allocate the house to the Traveller family.”

“This is clearly a racist attack, and is being fuelled by scaremongering within local communities. It was only a matter of time before an incident like this occurred. Racism towards travellers permeates every facet of our society and we have councillors interfering with the work of our housing staff in allocating houses to traveller families.”