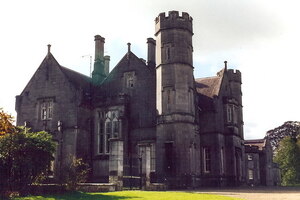 Longford Council gave permission to build a “new Citywest’ around the manor.

This is a video about Carriglass Manor, Co. Longford. It was one of the most beautiful stately homes in the country and was bought in the boom by property speculators. The grounds were ravaged and now the whole site is a half-built mess of a ghost estate with nobody living there. The video is by a Longford student Mary Morrissey.