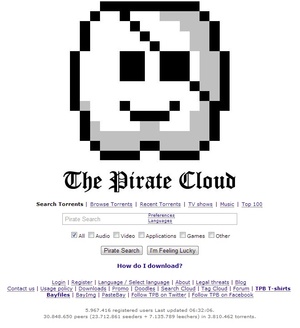 File-sharing website The Pirate Bay has moved its servers to the cloud to frustrate attempts to take it offline.

The site, which has been blamed for encouraging illegal file-sharing, will now operate from cloud-hosting providers around the world.

It says the move will save money and make it harder for law-enforcement agencies to shut it down.

“All attempts to attack [us] from now on is an attack on everything and nothing,” it says.