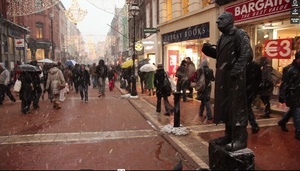 Just back from the festival circuit.

filmed about a year and a half ago part of this ‘ Galway film fleadh. The Pigeon Man wished to remain anonymous as doing his job is still seen as taboo in Romania.