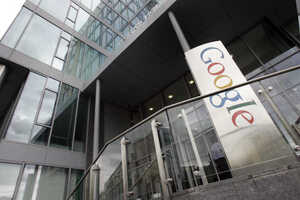 Google, which declares its European profits in Ireland, insists that all its advertising in the region is handled by staff based in Dublin and that Google France’s work is limited to “marketing assistance and service support”.

The arrangement means that while Google generated between €1.25 and €1.4 billion in revenue in France last year, according to estimates, it paid just over €5 million in corporate tax to the French exchequer.