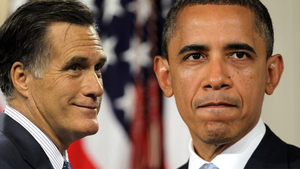 It is difficult to have a rational conversation about reelecting Barack Obama. The right still likes to believe the left considers him “Obamessiah.” Progressives seem to salivate at how pristinely their principles appear next to his shortcomings. And those young enough to not have experienced the soulf**ker that was Clinton’s second term almost revel in their worldly contempt after seeing their 2008 dreams brought low. Look, ma, I got my political disenchantment badge!

Still, he is a vastly preferable candidate than Mitt Romney, a cipher who calls to mind the venial, sniping entitlement of Frank Burns from M*A*S*H and a Hawkeye quip from early in that series: “Someone ought to tear him down and put up a human being.” Romney’s campaign was an egregious concatenation of lies, and his advisors admitted as much on more than one occasion. He attempted to cravenly bullshit his way to the most powerful job in the world, and he did so with such disdain for voters that he straight-up said, My strategy is to lie to your dumb ass. It worked an awful lot.

This is the creature Barack Obama vaults over—a little bit.

Vote for Obama If You Like Human Beings (Mobutu Sese Seko, Gawker)

Romney Apologies To The Whores, Junkies, Bums And Grime-Covered Derelicts Of America