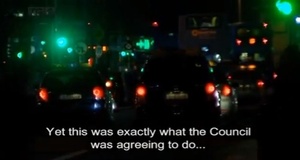 The documentary makers alleged a secret deal was made between officials in Dublin City Council and developer Joe O’Reilly.to sell the site to O’Reilly’s Chartered Land and buy it back at a potentially higher price.

A special Dublin City Council meeting will take place on November 19 to discuss the issues raised in the documentary.
Tomorrow the Oireachtas Committee on the Environment, Culture and the Gaeltacht are also meeting to discuss the sale.

In a press release today:

“The Committee regrets the fact that the owner of the site, Chartered Land, has declined an invitation to address the meeting. Representatives of the company were invited to attend the meeting and every effort was made to facilitate them. However, we were unable to meet Chartered Land’s request to give its evidence in private session. Given the importance of the site, the Committee feels that this issue should be addressed in public.”