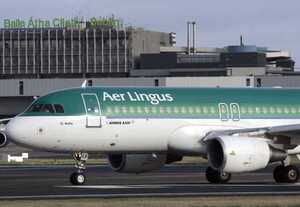 Plans for industrial action at Aer Lingus from next Monday remained in place last night.

The planned stoppage had appeared likely to be suspended following the intervention of the Irish Congress of Trade Unions (Ictu) and employers’ body Ibec last Friday. Both organisations had proposed a new talks process in an effort to resolve a dispute over how to deal with a €748 million deficit in the pension scheme that covers workers at the airline and the Dublin Airport Authority.

However, Siptu said that following a meeting yesterday, its shop stewards at Aer Lingus had declined to withdraw strike notice pending clarification on a number of issues.