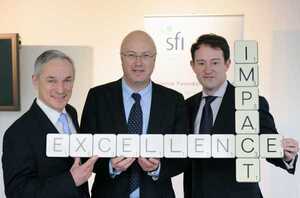 The decision of the government to get rid of the Office of the Chief Scientific Adviser, and have that advice in the future come from Science Foundation Ireland, seems a decision that has little to do with logic.

It’s a decision born of the shiny bauble approach to science. In philosophical terms Science Foundation Ireland, in its structure and in its methods of working, is often more concerned with activities that acheieve a bigger buck than a bigger bang.

Of course economic impact of research is important but with Science Foundation Ireland it seems to be the near total focus of its being.

A well funded creature of the Celtic Tiger from the time it was believed that if you threw enough money at something it was bound to work, Science Foundation Ireland hasn’t exactly inspired confidence since, nor has it gained the right to have such confidence placed in it in the future.

Being committed to Mammon has created numerous conflicts of interests for the agency. It isn’t possible to fund and promote on largely economic grounds while simultaneously be responsible for putting place ethical standards while advising the policy making process.

This is also a decision that’s at odds with the need to have more cost effective State bodies. The existing structure of the Advisory Council for Science, Technology and Innovation (ACSTI)  with Office of the Chief Scientific Adviser, instead of Science Foundation Ireland, would be a far better approach.

Dan Boyle is a former Green Party TD and Senator

The Business Of Science In Ireland (Broadsheet, July 10)