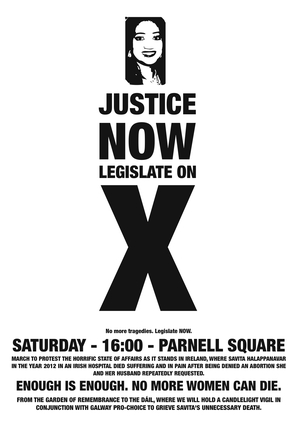 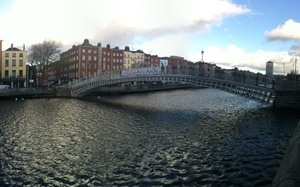 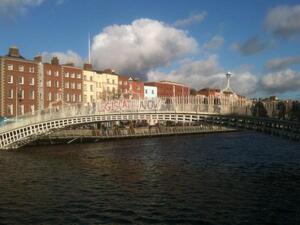 A banner drop on the a Ha’penny Bridge, Dublin, earlier.

Thanks Aarron McAllorum and Michelle Doyle

As campaigners prepared to gather in central Dublin on Saturday for a rally to protest against the death of an Indian woman who was refused a potentially life-saving termination in an Irish hospital, the Abortion Support Network (ASN) gave an insight into the pressures facing women with unwanted pregnancies.

The charity, which issues grants of between £20 to £700 to Irish women seeking terminations, said it had helped 335 women from the Irish Republic over the last three years – including 19 rape victims, 21 with severe health problems and 21 girls under 16. A further six had attempted suicide in the recent past, the group said.