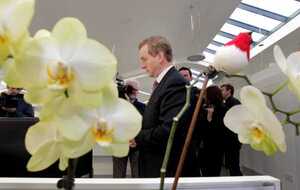 Meanwhile, Taoiseach Enda Kenny said the decisions taken in the Budget were in the long-term interests of Ireland.

But that’s not what the Government is going to do with its €3.5bn? They are going to take it out of your pocket and give it to Irish Bank Resolution Corporation Limited, IBRC. That’s the company created to wind down the assets and liabilities of the former Anglo Irish Bank and Irish Nationwide Building Society, INBS.

Screwing  over innocent people to pay off banking debt certainly isn’t in the long-term interests of Ireland.