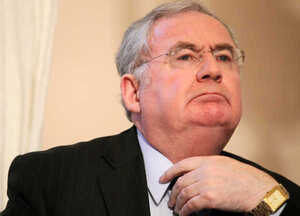 Minister for Communications Pat Rabbitte has attacked media coverage of politics, criticising it for “all-pervasive negativity” and for refusing to “give a damn” about the consequences of its reporting.
In an interview with The Irish Times he suggested that relentless denigration of politics had adverse effects on society.

“You are dealing with a very cranky media who advocate tough decision-making and when they get tough decisions they start piddling around at the edges trying to unravel it.

“There is an all-pervasive negativity in the media that is not helping the mood of a people that is in distress and difficulty. I don’t think the media give a damn about where this is going to bring politics. It is worthy of some thought of where the constant denigration of politics is going to bring us,” he said.