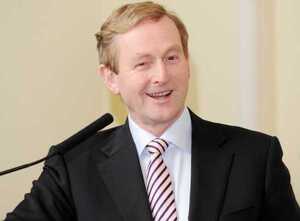 Taoiseach Enda Kenny yesterday told an important group of politicians in Bavaria that a deal on bank legacy debt would be a one-off for Ireland and would not set a precedent.

So we’re clear on that, then?

“As long as they stick to their reform path, it’s justified to support boosting jobs and growth,” he said.