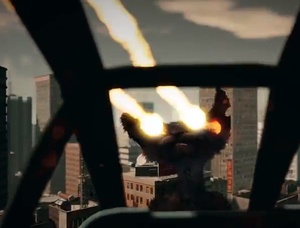 The director of PS Network game Datura has released a video teaser for his mad-as-a bottle-of-chips new project:

Catzilla was described to Eurogamer by Datura director Michal “Bonzaj” Staniszewski as “an exercise before future challenges”. It’s a benchmark designed to check your computer’s graphics capabilities that doubles as an animated short. That features giant cats who shoot lasers out of their eyes. With dubstep.

Staniszewski, who works with the Polish demoscene group Plastic, told us the video has “spread widely without anyone noticing it’s a PC benchmark”.

You can download the Catzilla beta (released earlier this month) here.