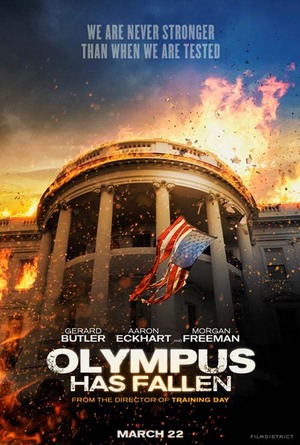 2. It’s one of two Die Hard in The White House movies coming out this year. The other one, White House Down (2013) stars Channing Tatum and Jamie Foxx, and is directed by the guy who did Independence Day.

3. Gerard Butler accepted a challenge following his breakthrough role in 300 (2006), to see how many utterly brutal movies he could star in. It’s been going pretty well. Here, he looks puffy and pissed off, as only a man who starred in The Bounty Hunter (2010), The Ugly Truth and Playing For Keeps (2012) could.

5. How much bad CGI? A lot of bad CGI. How many cliches? ALL the cliches.

6. We’d be happier if Steven Seagal was in it instead.