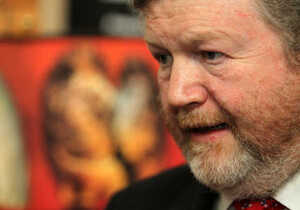 Minister for Health James Reilly has said a memorandum on planned abortion legislation will be brought to Cabinet next week and he hoped the new law could be produced before summer.

When asked when a new legal framework would be ready, he said: “I want it done as quickly as possible. I was hoping obviously that we could have something very substantial before Easter and that remains my hope.”

Asked if the planned law would be ready before the summer, he said: “I think in an ideal world that’s what I’d like to see but I mean I can’t foresee all the difficulties and potholes along the road.

Who can, Bottler? Who can?

Over To You, Dr Casey