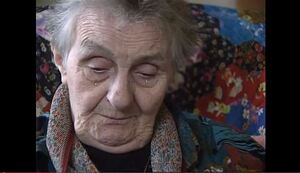 The documentary looks at the lives of four women sent to the institutions for becoming pregnant outside marriage, after being sexually assaulted for “being too pretty”.

The Irish Times reported at that time:

“For 2 1/2 hours after Channel 4 screened its documentary, Witness: Sex in a Cold Climate, on Monday night trained counsellors answered calls from hundreds of distressed men and women who poured out their anger and horror at the treatment of women in the Magdalene institutions. Mr Alan Hitchen, a counsellor specialising in bereavement and sexual problems, said: “There was a great deal of distress. A lot of the anger stemmed from the fact that some people had tried, through the Magdalene system, to find out who their mothers or siblings were. They seemed to be hitting a wall of silence. Some of those who had lived through the system said they had tried to tell people that this was going on but no one would believe them.”

The documentary – we understand – was never shown on RTE.

And was the inspiration for Peter Mullan’s film The Magdalene Sisters.