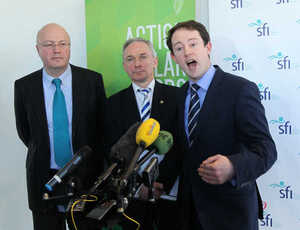 From the Irish Times:

The Government has embarked on a radical reform of how it invests in scientific research. It is phasing out a system that has served the country well over the past 12 years in favour of one thought more likely to deliver jobs and an economic return on the State investment.

“I Could Earn A Lot More In The Private Sector’