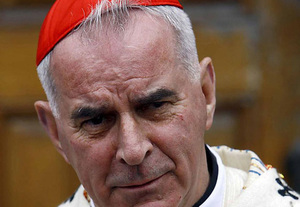 “In recent days certain allegations which have been made against me have become public. Initially, their anonymous and non-specific nature led me to contest them,” the statement read.

“However, I wish to take this opportunity to admit that there have been times that my sexual conduct has fallen below the standards expected of me as a priest, archbishop and cardinal.

Cardinal O’Brien’s admission of guilt is rendered all the more dramatic by the fact that he is the prelate who last year labelled gay marriage “a grotesque subversion”.

Previously: Looks Like We Got Us A Breedah (how wrong we were) 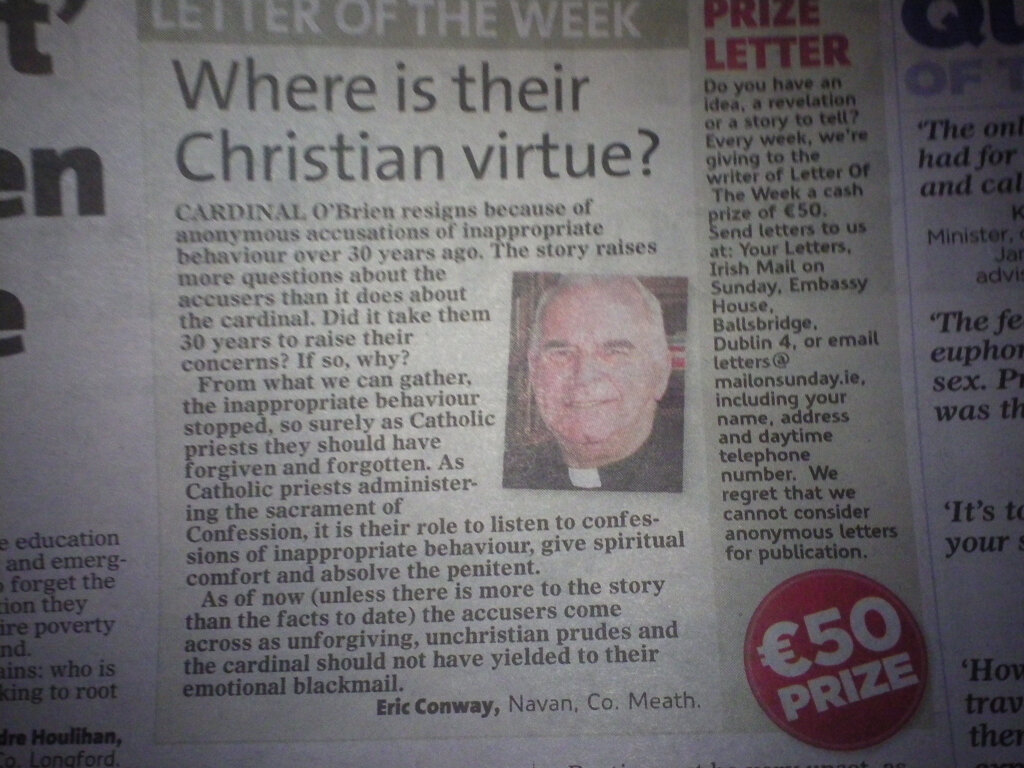 Yesterday’s Irish Mail on Sunday’s ‘Letter of the Week’.

Eric Conway? He has a bit of form.