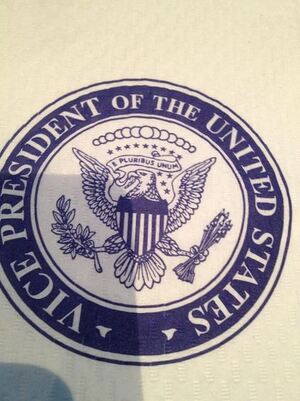 The Vice-Presidential seal of approval.

Velvety to the touch.

Vice President Joe Biden on Wednesday joked with journalists assembled outside his residence to cover his breakfast with Irish Prime Minister Enda Kenny, remarking on a chilly first day of spring in Washington, “We never keep the press in the cold.”
“Just in the dark,” Irish journalist Justin McCarthy, of Today FM, responded.
“Yes, the dark – good line,” Biden said.
McCarthy, who is based in Dublin, later told TPM in an email that it was a lighthearted exchange.
“It was just an off the cuff remark, I wasn’t ribbing him about any specific limits on press access although it is my experience that most politicians tend to prefer to keep the media at a distance,” he said. “The tone was light hearted and the comment was not meant to be taken too seriously, its just my sense of humor.’

Previously: Meanwhile, In The Oval Office