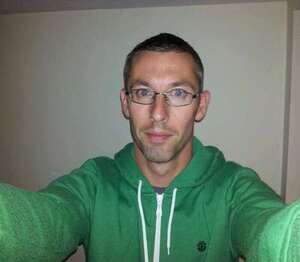 Ireland’s reputation for producing sought-after authors of fantasy fiction has been further bolstered by the announcement that Irish Times Arts Editor Shane Hegarty (above) has secured a “substantial six-figure” sum for a four-book series of comic adventure novels.
Hegarty (38) from Skerries, north Dublin, was the subject of a bidding war at last week’s Bologna Children’s Book Fair, with HarperCollins winning out for his signature for the English-language rights.
[He] began working on the “comic adventure” concept a year ago….The story, geared towards eight- to 12-year-olds, centres on a child called Finn who is “the last in a line of legend hunters” living in an Irish town.

Is It Christmas Yeti?