Served between the Murdoch gags (with any luck).

A promo for the re-tooled Kilkenny Comedy Cat Laughs Festival, sponsored by Sky. 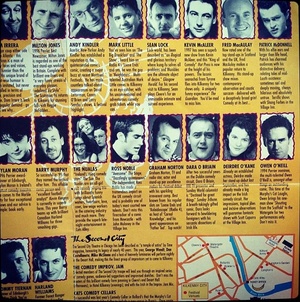 The line up for the first Cat Laughs festival in 1997