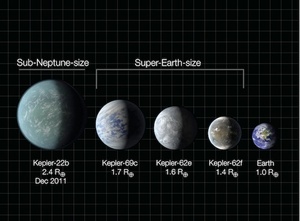 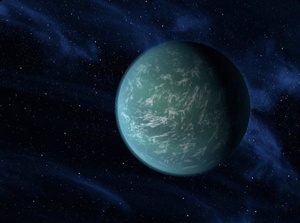 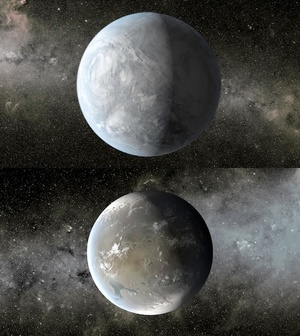 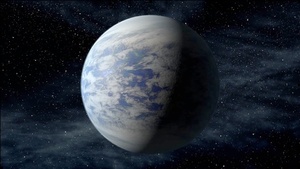 NASA’s planet-hunting Kepler spacecraft, has already discovered more than 100 planets outside our solar system in the first four years of its mission, including, last year, a possible ‘ocean world’ called Kepler-22b.

Lately, its deep space telescope has identified three exoplanets of similar size to Earth which appear to have the right temperatures to sustain life. Two of them (Kepler-62e and Kepler-62f) orbit the Kepler-62 star 1200 light years from Earth with estimated surface temperatures of -3°C and -65°C respectively (though the chilliness may be tempered by the blanketing effect of as-yet-unknown atmospheres.)

The third planet, Kepler-69c, orbiting a different star, has a balmy estimated surface temperature of 27°C. Scientists also speculate that it could be covered with liquid, but not necessarily water.

We want to believe.

Three New Exoplanets Might Have Right Temperature for Life (Wired)