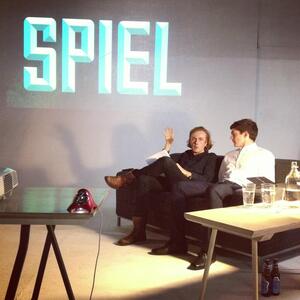 There’s a little meme I’ve been hearing recently. Media people repeating it, tweeters tweeting it; “Don’t read the bottom half of the internet.” What they mean is comments on stories are often hurtful, so avoid them.

Now there’s a certain logic to this. Avoiding the haters is one strategy but it’s utterly flawed.

When you turn off the feedback loop you lose the good bits. It’s like having a sore finger and cutting off your arm. You need to keep listening to the world, else on earth can you write about?

I’m reminded of the John Updike line: “Celebrity is a mask that eats into the face. As soon as one is aware of being somebody, to be watched and listened to with extra interest, input ceases, and the performer goes blind and deaf in his over-animation. One can either see or be seen.”

So keep listening. I don’t mean you shouldn’t block an annoying troll, but to use trolls as a reason to stop listening to everyone is a form of creative suicide.

There’s a chippy voice in my head that hears “don’t read the comments” as “here’s the class traitor’s whispering to each other ‘don’t listen to the proles’.

I cant help but see the class issue here. It’s even in the language and the structure of the page. “the BOTTOM half of the internet”. Like the servants’ quarter in a Victorian house; below stairs.

The power structure is the columnist at the top of the page, and the horrible ‘pond life’ who do it for free at the bottom. Don’t read them, the columnists say. “They say nasty things about us.”

Well, of course they say nasty things, They’re given a smaller voice by the class system encoded into the very structure of article (top and comment (bottom). All they can do is lob word bombs up the page whilst the columnist gets to write out their entire opinion at the top of the page and beam it to 100,000s of readers via a popular news site.

My advice to high profile columnists is remember you are in a lucky privileged position. Writing isn’t a dreadfully specific skill – it’s taught to millions via the schooling system. And opinions? We’ll I’ve yet to meet people without opinions. Yes, you are probably quite good at your job and you probably struggled to get there, but it’s a bit like being a successful actor or popstar -plenty of people have the ability, few get the opportunity.