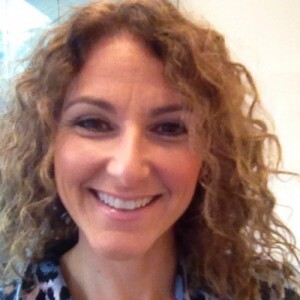 Dr Jennifer Gunter (above) is a Canada-based, obstetrician/gynecologist and author of the book, The Preemie Primer. Jennifer has given us permission to post her final analysis of the Savita Halappanavar inquest and thoughts on the proposed six doctor abortion panel.

The coroner and jury in the inquest into the death of Savita Halappanavar arrived at the same conclusions that I have long held: that the prohibitive Irish abortion law played a role.

Ms. Halappanavar needed her uterus evacuated before Wednesday (preferably on the Monday), but under current Irish law a woman apparently has be waiting in death’s antechamber to get a termination. To evacuate a uterus so a women doesn’t get gravely ill is simply not an option.

The coroner and jury recommended that the Irish Medical Council lay out guidelines to decide when exactly a doctor can intervene to save the life of the mother. What has apparently been proposed is a panel of six doctors to review each case.

Canada used to have a panel of 3 doctors although that was never for medical necessary terminations, it was for elective cases. Women had to prostrate themselves, begging for mercy. This was deemed unconstitutional along with all abortion laws, and so now in Canada abortion is not legal or illegal, it is simply a medical procedure.

An abortion panel, especially one where the procedure is part of the medical care, is ludicrous and, as Dr. Anthony McCarthy an Irish psychiatrist has so eloquently stated, is “abusive to women.” Panels are a terrible idea. The concept is degrading. Women shouldn’t have to beg for health care (and if you are gravely ill, do you leave your hospital bed to petition for your life or does the panel come to you?). And what if the panel members disagree? If 2 say, “Yes, abortion is needed,” and 4 say, “Well, no it isn’t,” does the minority report not count for anything? If 1/3 of the doctors think you have a real and substantial risk of death, wouldn’t that count for something? And how will personal neutrality of the physicians be assured?

A woman shouldn’t have to prove that she is sick enough or suicidal enough or whatever enough, there should just be recommended treatment options for medical conditions.

The Irish medical council needs to put on their big boy and girl panties and recommend the following:

A) List conditions where termination is an accepted part of the medical therapy. For example, they could state (like the American Congress of OB/GYN) that the treatment for chorioamnionitis is delivery, regardless of gestational age.

B) State that abortion should be allowed when an OB/GYN or appropriate specialist considers that there is medical evidence to suggest that continuing the pregnancy either increases a woman’s risk of death above the Irish baseline of 8/100,000 live births OR when continuation of the pregnancy could reasonably be considered to have a serious and deleterious effect on the health. While not dying is a worthy goal, we must not forget women whose medical conditions get worse during pregnancy often with permanent consequences. An example might be a diabetic with renal disease that is progressing during pregnancy. Renal failure can be treated with dialysis, but the better option is to prevent that situation from occurring. Abortion must be allowed for both the life and health of a woman.

The big “fear” is that if abortion were allowed in Ireland for medical reasons that women would flock to their doctors and claim that they will commit suicide if they don’t get a termination, but that whole construct is insulting to women. That isn’t what happens. Women don’t feign or claim mental illness to get abortion.

The best answer, of course, is to simply leave the decision for a termination for medical reasons to be a private one between a woman and her physician, which is of course the statement that I’d really like to see from the Irish Medical Council.

Previously: The Law Played A Role