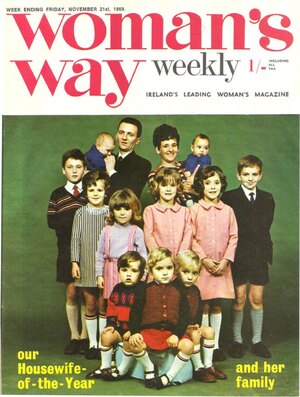 This Woman’s Way cover from 1969 was posted earlier and included a quote Anne McStay (centre) gave the magazine about working mothers bringing up “juvenile delinquents” after receiving Housewife of the Year.

A friend of the McStay family has contacted us to explain some of the often harrowing circumstances Anne and her children were living in at the time and the years subsequent to this cover photo being taken. That Anne, who gave birth to four sets of twins, become a working mother herself after her marriage ended.

He said the McStay family were very upset by the item and asked us to remove the post, which we did earlier, and make a formal apology which we do so now.