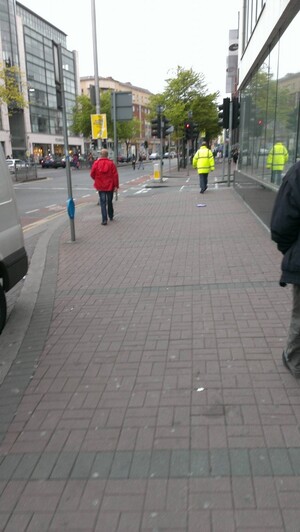 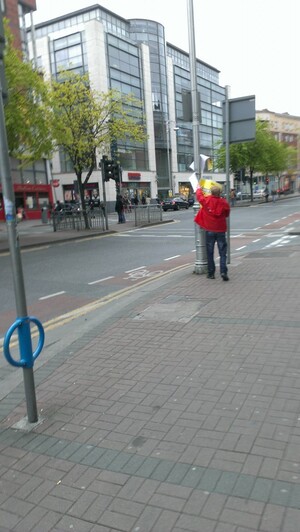 This afternoon. Ahead of the Action on X rally.

He’s the poster boy of the pro-life movement.

Just thought I’d share this with you. On Parnell St [Dublin], just after 3pm, a Hector look-a-like was tearing down Action on X rally posters at a fierce rate.

He was even wearing one of those nice red Life Institute/Youth Defence jackets. Seemed like he was on his way back to Castle Grayskull (60A Capel Street).

At the rally an hour later… 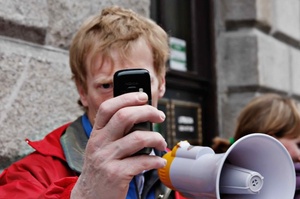 Is it poster boy?

An oddly familiar pro-life protestor heckling and taking photos at the ‘Action on X’ rally.