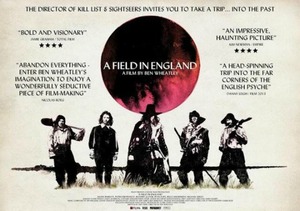 2. He might just be the new Great British Film Director.

3. Belfast actor Michael Smiley is a regular collaborator. Remember him in Spaced?

6. It’s being released to cinemas, DVD/Blu-Ray and VOD the same day. This, kids, is the future.