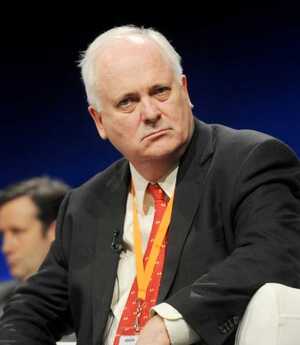 It’s had them laughing in trading floors and offices from here to Bermuda (via the Netherlands).

…global tax principles are very clear. If there are no profits in a country on which to pay tax, you do not have to pay. In the same way, if an American had bought a product 30 years ago by mail order from Ireland, the Irish company would not have incurred U.S. corporate tax on the profit from that sale.
The same principles apply in almost every developed country: The profits lie where the activities, functions, risks and assets are located, and that profit must be commensurate with those activities. This is an accepted global concept.
Another problem is the complexity of the 74,000-page, four-million-word U.S. tax code. According to the PwC/World Bank’s “Doing Business 2013” report, the U.S. ranks 69th in the world in ease of paying taxes, while Ireland ranks sixth.
…Multinational companies typically set up in Ireland for a number of reasons. Granted, the tax certainty around Ireland’s 12.5% corporate tax rate is a consideration.
But Ireland’s young, adaptable and well-educated workforce is probably its single biggest attraction.

And Then The ATMs Will Stop Working

Blessed Are The Lecture Givers

Not The Happiest Night Of His Life