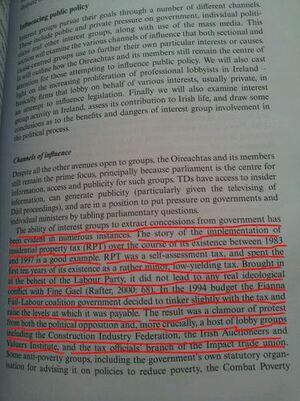 “Just came across this and thought it was timely. It’s from a book called Politics In the Republic of Ireland, edited by John Coakley and Michael Gallagher. It’s from a chapter called ‘Interest Groups In The Policy-Making Process’ by Professor Gary Murphy, who is chairman of the ‘Keep-but-reform-the-Seanad’ campaign group Democracy Matters.”

The TDs And The Council Houses

Property Tax: It Just Got Real