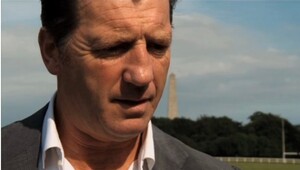 On why it’s more than a game.

I know sport is rarely your bag but we have a football series with a difference running on Setanta Ireland at the moment called Return Of The Rod Squad.
Next Monday night at 10pm the fourth and final episode airs – and among other things, it gearshifts from comedy to tragedy as one of Ireland’s most colourful and toughest men sees his club go bust and his players left without a job.

.Some lighter clips from the programme and full episodes of the original IFTA winning prequel The Rod Squad here.