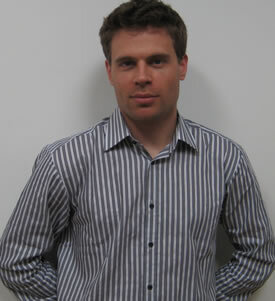 Dr Mercille (above) has responded.

Coleman then sent Broadsheet an article he wrote that he claims shows us that he had warned us all about the coming crisis.

The first article he sent is entitled ‘ He had a good run, but now the Tiger is in trouble’ (Irish Times, 6 July 2006). It made the point that the Irish economy was overdependent on the property sector and that this resulted in an ‘unsustainable’ economy.

But if one wants to know the extent to which that troubled Marc Coleman, one can look at a piece he wrote just a few weeks later (in August 2006), as an introduction to a Daft.ie report on the property market. In it, he is explicit, writing: ‘Is a downturn in the market going to happen? Despite some overvaluation in the market, this is unlikely’ . So, not exactly a warning that a crisis is about to happen.

To that, we can add some of the subsequent articles which I mentioned in my earlier post.

Perhaps the clearest example came in September 2007, when he attacked those like David McWilliams who did warn of a housing collapse as ‘careless talkers’ who make meaningless ‘simplifications and generalisations’ and threaten to ‘run down our economy’.

Coleman then claimed that ‘Far from an economic storm – or a property shock – Ireland’s economy is set to rock and roll into the century’. He thought the economy was so strong that he wrote that ‘Ireland enters the 21st Century in a position of awesome power’, which ‘promises a future more flourishing than ever before; a future that will turn economic prosperity from a statistical fact to a reality’.

After all, ‘Far from collapsing, our economy and property prices will do more than hold up’. (‘We need these expert scaremongers’, Sunday Independent, 23 September 2007).

And there’s also the fact that in March 2007, just as the housing bubble reached its peak, he wrote confidently that ‘Nothing exciting is in prospect for the market over the next two or three years, but nothing dangerous is in prospect either’ (‘Market view’, Irish Times, 1 March 2007).

Later that month, he wrote that ‘some commentators on the property market…are predicting the downfall of the market, the collapse of the economy and the sky falling on our heads’. He said that those people were ‘talking nonsense’, and ‘dangerous nonsense at that’.

He continued: ‘Doom merchants and indulgent parents are bad for the market’. He didn’t like those ‘irrational predictions of doom’ because he said ‘the market is correcting, not collapsing’ and in any case we shouldn’t worry because there is only a ‘modest amount of overvaluation in the market’ and ‘the safety nets for house price levels in 2008 are effectively already in place’ (‘Market view’, Irish Times, 15 March 2007).

Nevertheless, Coleman still claims in his 17-pager that since 2004, he has been no less than ‘a leader in warning about the coming crisis’. His 17 pages touch on everything from immigration, the power of ‘hope’, Bill Clinton and Bill Gates, French history and literature, spatial economics, pensions and academia, geography, his studio, Rob Kitchin and Brian Lucey, 1957, 1967, other dates, and more.

In short, there isn’t much directly related to the housing bubble, which says something in itself. There isn’t much new either in that paper that he hadn’t written already, so I will keep my comments about it brief.

Coleman’s line of argument is that he had warned that the economy was in trouble all along. He writes: ‘I persistently and repeatedly warned at every available forum and venue that our economy was unsustainable, that property prices were overvalued and that policy action was needed immediately’.

But again, if one wants to know to what extent such ‘unsustainable’ economic conditions troubled him, one just needs to read the quotes I gave above. Terms like ‘unsustainable’ and ‘overvalued’ can refer to anything from mild problems to catastrophe, so they don’t prove that Coleman was warning us about the housing crash.

About his late 2007 book, The Best Is Yet To Come, he says that perhaps the optimistic ‘title… has fooled some’, because he claims the book actually warned of an impending crash.

Well, it seems that even his publisher was fooled, because the back cover summary reads: ‘Ireland’s economic miracle is far from over. As anxiety mounts about the end of Ireland’s boom, The Best is Yet to Come argues that Ireland is not experiencing the beginning of the end, but rather the end of the beginning’.

Not exactly a warning of an imminent crash.

Julien Mercille is lecturer at UCD, and author of the forthcoming book, The Media and the Irish Economic Crisis: A Political Economy (Routledge).

I Was Right, I Am Right And The Best IS Yet To Come