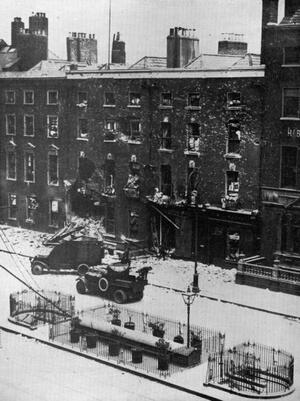 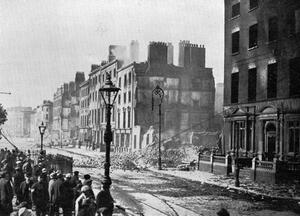 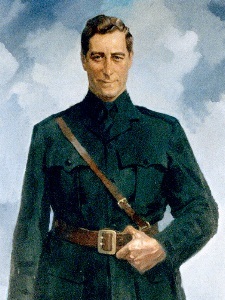 (The Hammam Hotel and Turkish Bath, top before and after, on Upper O’Connell Street, Dublin, and Cathal Brugha, above)

The end of the ‘Battle of Dublin’.

This is where the Irish Civil War (Dublin edition) ended on the 5th July, 1922 with the shooting of loaded-pistol-in-each-hand Republican commander Cathal Brugha, as he sought to make his escape.
The instructions from the Free State command were to shoot him in the legs, which they did, severing a major artery. He died from blood loss two days later in hospital.
De Valera had also been in the Hammam but had left earlier .
The Hammam was famous for its Turkish bath (only the second one in Dublin) and is now the site of the Summer Palace Chinese Restaurant.