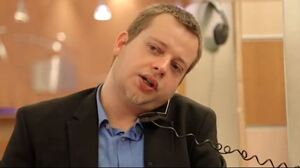 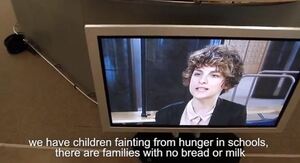 “A number of interns working in the European Parliament in Brussels, including some Irish ones, got together to produce a short message ‘from EU interns to the EU’ on the crisis and the need for a new direction. We began working on an idea shortly after the absurd Cyprus bailout plan was announced which was to take up to 30 percent of deposits under €100,000. Thankfully this didn’t happen, but it revealed the ad-hoc and chaotic manner in which Europe is dealing with this protracted crisis.”

“It is not often you see those working within the EU institutions coming out with a strong message for the need for change, but given that young people have been most affected by the lack of concrete action by the EU, I think interns from an EU institution are in a good position to make a valid comment.”

“We’re hoping to show that the crisis outside and across Europe resonates with many of us, and that we’ve brought it with us into the European Parliament while interning here.”