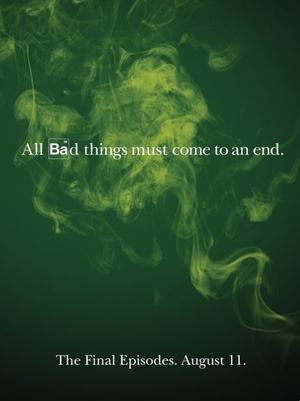 2. Is Breaking Bad the greatest TV show ever made? Better than The Sopranos, The Wire and At Your Service with the Brennan Brothers?

3. Alright, so Brian Cranston will be Walter White forever. He used to be the dad from Malcolm In The Middle.

4. Cranston snuck around unnoticed at Comic-Con, disguised as… himself.

5. Watch Jesse Pinkman be super-nice to his Irish fans.

6. Netflix Ireland are making the last BB episodes available the day after they premiere in the US, apparently.

7. So… Who’s for that Better Call Saul spin-off?

Broadsheet Trailer Park: The Hobbit: The Battle Of The Five Armies