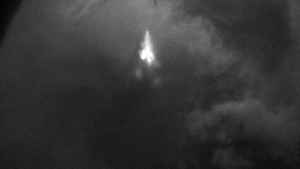 The observatory said the detection was made around the time of a thunderstorm over Dublin on the 24/25 July 2013. The images show the sprite, a carrot-shaped flash of light, rising high above the thunderclouds as seen from Armagh. Typical lightning discharges often jump between clouds or between clouds and the ground. Sprites are associated with similarly powerful electrical fields that occur high above the clouds of the Earth’s atmosphere often during particularly intense thunderstorms.

Armagh Ruse: Can You Scoop The Rail Quango?