Some of the best actors and film crew in Ireland have come together for a number of online comedy sketches in aid of St Francis Hospice, Raheny [Dublin]. Immatürity for Charity features Domhnall Gleeson, Brendan Gleeson, Amy Huberman, Robert Sheehan, Hugh O’Conor, Brian Gleeson, David Wilmot and many more.

Their mission: to embarrass themselves with pride and embrace their immature side in comedy sketches that aim to raise money and awareness for the hospice. 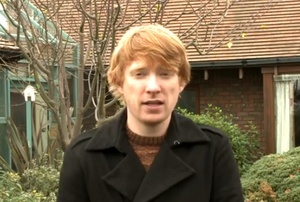