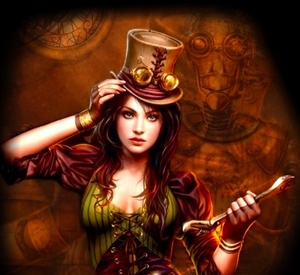 Talking to a friend a few days ago who is a sean scoil Steampunker I found him frustrated by the way the movement in Ireland is subsumed into the cod-Victoriana of the Pax Britannica, even by Irish adherences, with no distinctive identity of its own.

The conversation actually came about as part of a discussion relating to the Fenian fáinne Chladaigh and other 19th century Irish Republican memorabilia.

Recently he has moved towards the more welcoming environs of the Belle Époque and his Continental peers and it easy to see why. I’ve written a few unpublished stories in the Steampunk genre myself, using the struggle of the Fenian movement against the British colonial powers in the mid to late 1800s as the background…

Headgear For the Modern Age