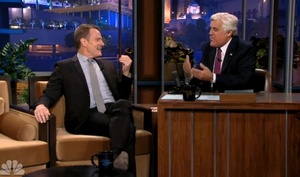 In an interview with Stephen Colbert early this month, Breaking Bad actor Bryan Cranston mentioned that he performed the voice of several villains including  the bizarre snake creature above in the cheestastic Mighty Morphin Power Rangers.