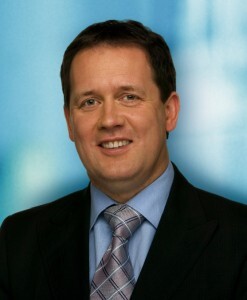 Independent Senator Paul Bradford (above) joined Journalist Justine McCarthy and Eamon Delaney on last night’s Tonight with Vincent Browne, presented by Sam Smyth to discuss seanad reform. The show is not online yet so no screengrabs are available.

Sam Smyth: “Paul Bradford, six of you met today, two of you were missing, these of course, you have all lost the whip. Did you leave Fine Gael, or did Fine Gael leave you?”

Senator Paul Bradford: “Well, I think there has been a seperation between the group of eight and the official Fine Gael Party. We are all former members of the Parliamentary Party. But it’s not a question of what has happened up ’til now. I’s a question of what happens into the future. So, we met today and had a very informal meeting, a very informal chat about the forthcoming political season, about the upcoming Dail and Seanad sessions and, I think, most importantly about how we, as individual members of The Oireachtas can play a positive and constructive role and try to take on board the issues that the public would expect us to take on board, and try to bring about improvements in policy and politcs. I think that was what our role will be, it’s not a question of being for or against government. It’s a question, I think about trying to bring about better constructive politics. I think we can play such a role.

Smyth: “Although the first test, is, however, the referendum in October. Well, do you at least, and I suspect the majority of your colleagues are going to campaign for a ‘No’ vote on that against the Government?

Bradford:“No, we didn’t have any detailed discussion on that, or indeed any policies today. But, I think it’s fair to say that individually, over the course of the past few months, most I think, of this particular group of eight would have expressed a lot of concern about the ‘Scrap the Seanad’ campaign and I think that one of the issues that we will focus strongly on, is political reform, about making politics work, about engaging the public and having a real Oireachtas. And I, personally, and I’ve been on the record on this matter, over the years, I don’t see abolishing the Seanad as real politcal reform. I see it at a a little bit of a political stunt. I think we do need genuine Oireachtas reform.”

Smyth: “Just looking at that, whatever you guys have, we asked, both Fine Gael and and The Labour Party today, and they wouldn’t put up anybody to speak against you. Now, I don’t presume that’s because they agree with you?”

Smyth: “And you married well?”

Bradford: “(laughs)… And so, did she! Having seen how the Dail works or sometimes doesn’t work, having seen how the Seanad works. I absolutely and genuinely believe that the Seanad has played and can continue to play a very constructive role in politics. Sometimes, perhaps, we don’t sell our story very well. Sometimes, the public because, not being involved directly in the electoral process, feel that we are distant. It’s ironic that some few weeks before Fine Gael decided to abolish the Seanad, we actually had put forward a very constructive proposal to enhance the Seanad, to allow the Irish people to vote in the Seannad elections, to give the Seanad additional powers. I would like us to go back to that.
“I think that the debate shouldn’t be about bigger politics, or smaller politics, it should be about better politics. It should be about new ideas, new people, and I think the Seanad has a significant role to play. Look, we all want to see the Seanad reformed.”

Smyth: “It’s fair to accept that a lot of people see sixty people there, they are very well paid, nobody is quite sure what they do, and I suppose they look at that and say, ‘why’. I think that’s the argument that you’re going to make, isn’t it, Eamon Delaney?”

Eamon Delaney:“Yeah, I think we need political reform in the way Paul has described. We need wholesale political reform to the system, most of all, in the Dail, and the committee system needs to be strengthened and the regulations…”

Delaney: “The Seanad? Well, first of all, I think the public would be very satisfied to see the Seanad go, it’s a glorified…”

Smyth:“And you’re quite happy with accountabilty about..”

Delaney: “I am. I’ve read all these articles by Michael McDowell and all these others about all these great people who were there, going right back to Brian Boru..”

Smyth: “I’m asking about accountability, you frequently, and have just said there, the government is being held to account?”

Delaney: “I tweeted a very good piece by Aodhain O’Riardon, the Labour TD about this subject earlier on,it’s on [Twitter stream] #VinB, he makes a very good point, and one is that it is already an undemocratic forum, and I think you’ll agree that even the Seanad as it is needs to be reformed, in terms of panel system, the miniscule electorate…(turns to Senator Bradford) Why do you need an undemocratic smaller assembly to oversee and give oversight on the main parliament?”

Smyth: “Let’s make it clear though, that a lot of people, I would suspect, Justine McCarthy, are concerned about, is that this government is not being held into account, it’s supposed to be under the constitution, constitutionally to be held to account by parliament. That is not happening, you have a huge majority there. What do you feel about accountability?”

Justine McCarthy: “Well, I think the centre of accountability is shrinking all the time and you know, there is reason to believe that it is right down to four people at this stage, if you look at the Fiscal Council, or, the Economic Council. So, I’m one of the people who believe that we should keep the Seanad, but, I think we should get rid of the politicians. I think that politicians are the worst thing that has happened to the Seanad. It is an undemocratic institution. It’s an insult to democracy the way it is currently structured. It is elitist, the idea that the vast majority of people in the country have no say in who is elected to this institution is completely wrong in any country, but in a country that calls itself a republic, that is a joke!”

Smyth: “Well, I suppose, in the 1930s, the likes of WB Yeats and people like that, they thought it was a good idea to have it?”

Delaney: “Exactly, the 1930s, it was created as a comfort zone to reassure Protestants, with Independence, by De Valera that they wouldn’t be drowned out in the larger Dail Assembly.”

Smyth: “And you think that’s a bad idea?”

Delaney: “No, I think, in the 1930s, the 1960s – in the 1980s we hear about Mary Robinson and the work rate that she did. But, today, Mary Robinson would be elected to the Dail. We have much more wider, more varied system. But, the Dail needs to be reformed as well and Aodhain O’Riordon point makes that.”

Smyth: “So would you get rid of that too then?”

Delaney: “This is a permanent summer school of free car-parking based in Dublin.”

Nostalgia Ain’t What It Used To Be

‘Who Is “We”? What Constituency Do You Represent?’