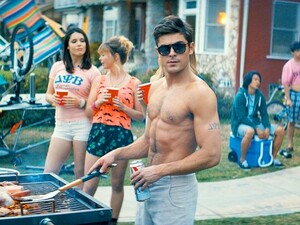 2. Zac Efron has realized that the teen idol thing wears thin fast. Getting peed on by Nicole Kidman was only the beginning.

4. Neighbors is directed by the guy who did Forgetting Sarah Marshall (2008) and Get Him To The Greek (2010). The latter is officially underrated.

Broadsheet Trailer Park: The SpongeBob Movie – Sponge Out Of Water