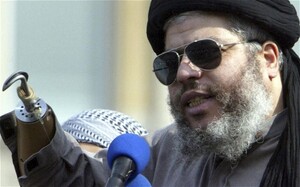 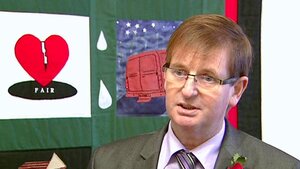 Loyalist victims’ campaigner Willie Frazer has said he will show up at his next court appearance dressed as radical Muslim cleric Abu Hamza. Frazer, 53, is currently on bail awaiting trial for charges linked to the loyalist flag protests. The Markethill man is charged with encouraging offences at an address to union flag demonstrators in January. He is also accused of three counts of taking part in an un-notified public procession, obstructing traffic in a public place, and possession of a prohibited weapon, namely a Taser stun-gun.

Frazer said “I’ll be wearing the beard, hooked-hand and the long shirt he usually wears. I’m the first and only person in the UK to be charged with this offence which was originally designed to deal with extremist Muslims – it’s a joke. I don’t know what the judge will make of it, or if he will allow me into his court – but we shall see.”

Frazer ‘to dress up as Abu Hamza’ (UTV)