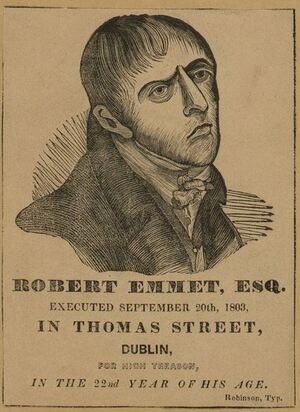 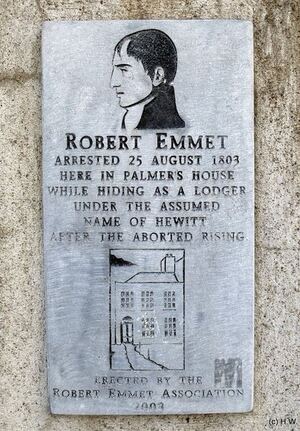 “Two hundred and ten years ago today…they hung Robert Emmett outside St.Catherine’s Church, on Thomas Street in Dublin. Then beheaded him aswell just to be sure to be sure.”

The rebel leader led a rebellion in Dublin against British rule in 1803 and was sentenced to execution for high treason after he was captured in Harold’s Cross, Dublin.

Before his execution, he said:

“Let no man write my epitaph; for as no man who knows my motives dare now vindicate them, let not prejudice or ignorance, asperse them. Let them and me rest in obscurity and peace, and my tomb remain uninscribed, and my memory in oblivion, until other times and other men can do justice to my character. When my country takes her place among the nations of the earth, then and not till then, let my epitaph be written. I have done.”