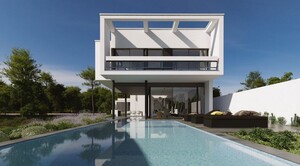 “Denis O’Brien, the billionaire Irish owner of Digicel Group Ltd., said he wants to bring the Ryder Cup to his golf course in Spain, as buyers pay as much as $3 million for homes at the resort.”

“O’Brien sold about 28 properties last year in his PGA Catalunya Resort in Girona, and he expects to sell between 40 and 45 this year, according to an interview with Bloomberg Television. The buyers include Germans, French, Swiss, Russians and Kazakhs, O’Brien said.”

“We have a boatload” of customers, said O’Brien. “These would be high-end properties anywhere from $1 million up to $3 million.”

“The Irish Bank Resolution Corporation (IBRC), which includes the rump of the failed Anglo Irish Bank, last year tightened its grip on the PGA Golf Catalunya, one of the courses owned by O’Brien’s golf holding company, Murrayhill.”

“The deal gave the IBRC a claim over shares in the club as part of a refinancing. The loss-making resort has struggled to shift high-priced villas in recession-hit Spain.”