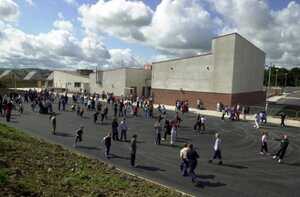 Martijn Leenheer and his family moved from Holland to a rural village in County Leitrim, Ireland, in search of a quieter town for raising their son, Finn.

An atheist, Leenheer was concerned about exposing his son to Church doctrine at the local Catholic school, and he chose to opt Finn out of the 30-minute religion class—a constitutional right afforded to all Irish parents.

Three months later, Leenheer was surprised to learn his son was still sitting in the class on most days, as well as reciting prayers in other parts of the school day. Leenheer contacted the principal to clarify things, but was repeatedly ignored, he said.

“We didn’t realize we chose the most rural bit of Ireland to live in,” said Leenheer. “We never thought it was going to be this serious, this in-your-face-religion.”

Leenheer’s insistence on opting his son out led to his family being ostracised in his community, he said. He pulled Finn out of the Catholic school, moved to a new neighborhood and enrolled him at an Educate Together school in Sligo…

A New Problem in Ireland: Where to Find a Non-Catholic School? (The Atlantic)