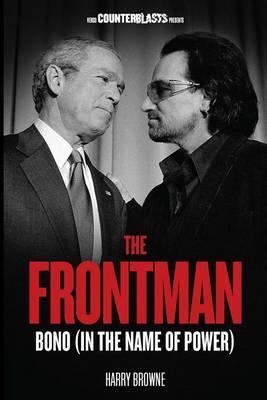 The Press Ombudsman, Prof John Horgan, recently decided on my complaint against your newspaper’s June 15th review of my book The Frontman: Bono (In the Name of Power).

He wrote: “[T]he complainant’s assertions that this review contained breaches of Principles 1 and 2 and part of Principle 4 of the Code of Practice were sufficiently well documented to require a remedy.”

My well documented assertions were about breaches of three core journalistic principles: “truth and accuracy”, “distinguishing fact and comment” and “respect for rights”, particularly the right not to be subjected to unfounded accusations.

The ombudsman also decided that, “on balance”, a missive from me on your letters page would be sufficient remedy for a litany of breaches in a 1,300-word article, covering most of a page in your Weekend Review.

On that point I respectfully disagree with Prof Horgan. There is a vast imbalance in size, authority and web-searchability between that slot and this one. And it is your job, not mine, to correct errors in The Irish Times.

Nonetheless, now that his decision is made, your readers should learn, belatedly, of my well-documented complaint.

The Frontman is a deliberately critical but scrupulous polemic about Bono. A leading scholar of Africa and human rights, Alex de Waal, says the book “acknowledges Bono’s practical contributions to a more humane version of global capitalism, but demonstrates how good intentions can be no alibi for fronting for the status quo”.

Your newspaper’s review, however, paints The Frontman as a “mean-spirited” screed, in which a Politically Correct Catholic-nationalist sectarian (me!) throws around absurd and half-baked accusations willy-nilly in a breathless effort to show that “in every possible way Bono is WRONG” (sic capital letters).

The factual errors in your review range from the trivial (no, I don’t contradict myself about whether Bono is actually “cool”) to the sickeningly serious (no, I don’t say he deserved to be the victim of sectarian bullying as a teenager).

To be sure, my book is hard on Bono. But it doesn’t say, as your caption suggests, that he personally prolonged the Troubles!

It doesn’t credulously take the word of a single dubious source to state that Bono doesn’t give “all that much” to charity. Indeed it doesn’t criticise the level of Bono’s charitable giving.

It doesn’t attack Bono for “publicly disagreeing in Africa with someone who wasn’t white”. Unless, that is, you believe those words accurately summarise a passage in which I criticise Bono for shouting “Bollocks!” and “That’s bullshit!” at Ugandan journalist Andrew Mwenda.

I don’t say Bono is WRONG for “not being black”. Or that he is “a heartless Ayn Rand disciple”. (The Frontman locates Bono’s politics within the trajectory of “heartful” liberalism.) Or that he – no, enough, you already know all this, and others should be getting the picture.

The Irish Times chose to (slowly) dispute my well-documented corrections from the time I first submitted them on June 14th, the day after the article appeared online and before it had gone to print. You continue to publish it on your website, in effect repeating your errors.

You and your writers are entitled to your own opinions, but not to your own facts. One can only wonder why you invented a few with which to discredit me and defend Bono.

“The Press Ombudsman has decided that The Irish Times made an offer of sufficient remedial action to resolve a complaint by Mr Harry Browne that the newspaper’s review of a book he wrote about Bono . . . contained erroneous statement (Principle 1)*, comment or conjecture reported as fact (Principle 2) and unfounded accusations (Principle 4) . . .” (*Principles from Press Council Code of Practice)