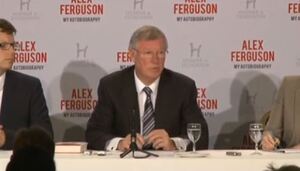 Sir Alex Ferguson speaking earlier at the launch of his autobiography on Roy Keane and his exit from Manchester United:

There’s A New Sheriff In Town